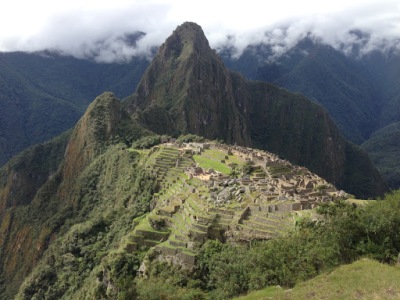 Machu Picchu, sacred site of the Incas, is so breathtakingly beautiful, so majestic, it takes your breath away.  It was all I had imagined, all I had hoped it would be. With the Urubamba River snaking around the valley below and the tropical jungle enveloping the nearby terrain, it was a jewel beckoning one forward.  I hiked Huanya Picchu – the Mountain overlooking M.P. and felt an expansiveness and connection to those who came before me.
Connected with other sites in the Sacred Valley by roads, pathways, direction and visual cues, Machu Picchu does not stand alone in the landscape, but is part of a vast system of Inca cities.  (Just like in England, where ley lines or energy lines connect the sacred sites such as Stonehenge and Avebury.) Protected by Pachamama, Mother Earth, one can feel the sensuality of the land. Because Machu Picchu is so isolated, and the trail to get there so convoluted, it is thought to have had such a special significance in the Inca kingdom that people made pilgrimages there. 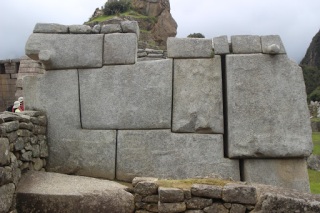 Huge stones formed temples, buildings unfathomable in this isolated location. How were these boulders moved, cut, and situated with such precision?  Legend tells us that they were ‘whipped into place’.  Hmmm…. 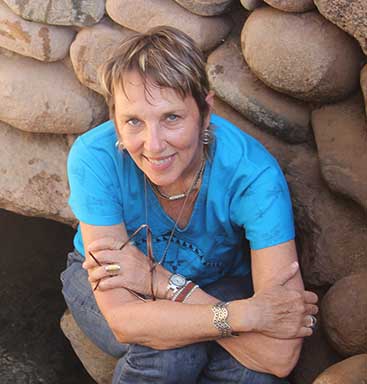 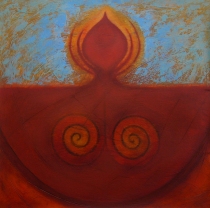 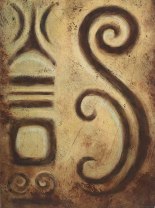 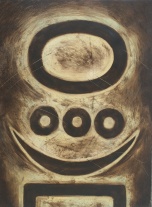 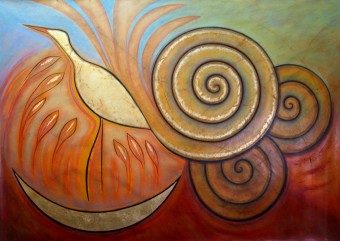 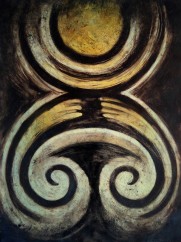 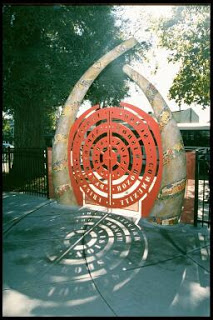 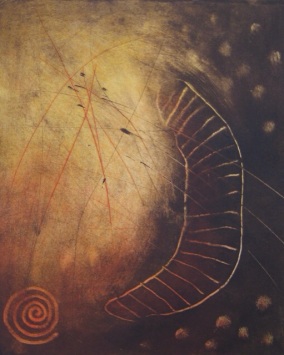